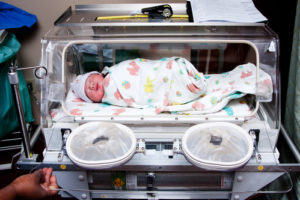 The birth of a child is proud moment for parents. Sadly, that moment can take an unfortunate turn and jeopardize your baby’s life and future. Complications can naturally arise during birth, but some are preventable and happen because of a doctor’s negligence or a mistake made by medical staff. Whether the injury happened during birth or prenatal care, if negligence was a factor, you should consult a birth injury attorney.

Can a Birth Injury Be Prevented?
Some birth injuries are very hard to avoid even when the mother and child are under the best possible medical care. In other situations, a birth injury is preventable. This is why it is important to consult a birth injury attorney as soon as possible to learn about your legal options. In general, a birth injury is a type of medical malpractice, which falls under personal injury law. Determining whether or not a birth injury could have been prevented will largely depend on whether a certain standard of care was met by the medical staff. This standard of care refers to the skill and service that any reasonable professional with the same medical background and experience would offer. A birth injury attorney in Morgantown, WV might consider questions such as:
Before the birth injury can be considered preventable, evidence must be gathered and evaluated by a lawyer and medical experts.
Common Symptoms of a Birth Injury

There are a wide range of birth injuries. Some are immediately noticeable but others do not manifest themselves for some time. An infant who displays any of the following symptoms could have a birth injury:
Although medical advancements has allowed for childbirth to be relatively safe, there is a potential for injuries to occur. Some of the reasons for this include:
Proving a Claim