The term “slip and fall” in the context of a law suit, is used to describe an incident where a person slips, trips or falls as a result of a dangerous or defective condition on the premises of another, causing injuries and damages. In order to be actionable, the hazardous condition must exist as a result of the negligence of the property owner, either in creating the condition, or in failing to remedy the condition despite actual or constructive knowledge (should have known) of the danger.  In addition, in order to bring an action against a property owner for a danger, it typically must be “hidden” or of such a nature that a reasonable person exercising ordinary care should have detected it, and thus the law precludes recovery where a hazard is plainly observable. Our experienced Morgantown WV premises liability attorneys handle slip and fall injury cases in North-Central WV – call today for your free consultation: (304) 381-2166.

If you or a loved one has suffered an injury anywhere throughout WV, as a result of slipping, tripping or falling on the property of another person, because of a dangerous condition of which the property owner was or should have been aware, then call the experienced premises liability injury attorneys at the Morgantown law firm of Adams Legal Group, PLLC, at (304) 381-2166.  We handle slip and fall cases resulting from hazards on another person’s premises or at a retail store location, including those related to:

Slip and fall injuries can occur on a sidewalk in front of a store, which are most commonly the responsibility of the store-front owner to maintain in safe condition, in parking areas of retail stores, or inside of a retail store – grocery stores, big retail chain stores, and small retail shops as well or they can occur on city or state property, such as at schools, government buildings, parks and the like. Slip and fall injuries also frequently occur on personal property, by a land or homeowner’s failure to take reasonable precaution to keep the grounds safe and clear for visitors. This is not to say that every slip and fall resulting in an injury merits a lawsuit, as each of us also has a duty to maintain a proper lookout, to exercise caution when approaching and traversing a hazardous walkway and otherwise to conduct ourselves in a reasonable and prudent fashion. However, where a hazard or dangerous condition is hidden or obstructed or unsafe to traverse even exercising due care and the property owner had reason to know of the condition, then they may be liable for resulting injuries.

To learn more about what it takes to prove your slip and fall premises liability case, continue reading below.

In order to prove a claim for a slip and fall injury, it must be demonstrated that there was a hazardous condition on the property, which quite simply means a condition that was not reasonably safe, considering all of the circumstances. Naturally the circumstances of what is safe for a highly trafficked WalMart, Target or grocery store front sidewalk may be held to higher scrutiny than a homeowner’s side-entrance walkway.

Knowledge of a Dangerous Condition

In order to recover damages for an injury resulting on the premises of another for a slip and fall, it must also be proven that the property owner knew or reasonably should have known of the condition and that it respresented a hazard to potential visitors – where the potential for visitors traversing and encountering the hazard is also reasonably foreseeable. This can frequently be established in the case of a retail store, where other customers have complained of the hazzard or by the store’s own policies of “policing” their own premises. For instance, most grocery stores have floor and department managers and employees who walk their respective departments. Big-box stores have employees regularly tending to the parking lot areas and presumably traversing all of the major walkways there along. This type of regular “policing” policy imputes knowledge (i.e. they should have known) of a given hazard.

In the instance of a homeowner or lesser traversed location, such as a park, the property owner or custodian will often implicate themselves and their knowledge of the hazard by their very efforts to address or remove the hazard. This is commonly seen where snow removal efforts are undertaken, but in a lazy, poor or incomplete fashion, or where some type of cones or caution tape are used, but in a negligent, incompetent or incomplete fashion. Finally, there are some instances where the property owner causes the hazard, such as downspouts or a leaky faucet running accross a well-traversed sidewalk, allowing ice to form in the winter.

One well known exception to liability in premises liability cases, is where someone slips and falls over a hazard that is “open and obvious” in such a sense that any ordinary person exercising reasonable care under the circumstances would observe and be able to reasonably avoid the hazard, because it is plainly visible to the naked eye, and arising under circumstances where it could and should not be missed. Although this example might be arguable, a big head of cabbage in the middle of a supermarket aisle, with no other obstructions to the visibility of the head of cabbage would probably be argued to be “open and obvious” to such an extent as precluding liability to the person who slips, trips, and falls on it.

Our lawyers practicing in this area include: 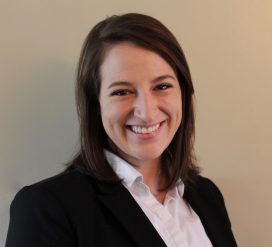