What does a judge evaluate when determining child custody?

Free Case Evaluation
You are here: Home → What does a judge evaluate when determining child custody? 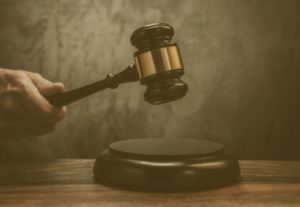 Quite simply, being able to provide a healthy and stable home for the child is one of the most important factors. Continuity is weighted very heavily in child custody cases. If one parent will continue to live in the same house that the whole family occupied before the divorce, a judge might give preference to this parent regarding custody. A West Virginia child custody lawyer knows that courts are often very concerned with ensuring continuity for children. Living in the same house, having the same neighbors, and attending the same school can be very important when a child is dealing with their parents’ divorce.

Again, stability is key in child custody cases. Winning custody may be an uphill battle for a parent who doesn’t work regularly, has dealt with drug/alcohol abuse, has a history of abuse or neglect, or has faced criminal charges. If any of these issues are present in your case, you’ll want to discuss them with your child custody lawyer for West Virginia

as soon as possible and you may need some assistance proving your ability to parent well. If you’ve faced criminal charges, your custody lawyer may want to contact your previous criminal defense lawyer for more information on the outcome.

Each parent’s willingness to work with the other parent.

Showing that you’re willing to share custody or arrange for visitation can go a long way in a child custody case. Judges tend to frown upon parents who refuse to cooperate for the good of their child.

The age of the child.

Courts tend to favor mothers over fathers in custody cases, especially when the children are very young. Although this isn’t an official court doctrine, some judges still believe that mothers are more natural and nurturing caregivers, particularly for small children. Of course, if a mother appears to be less fit to parent than the father, a judge will almost certainly ignore this factor.

Consideration of the child’s wishes is usually a factor as well, although the court is less likely to consider this factor if the child is very young. If the child is old enough to understand custody and visitation rights (typically around the age of 12, although a judge can make this decision), the judge may ask if they have any preferences regarding which parent they would like to live with.  A child custody lawyer serving West Virginia will be able to discuss these factors in greater detail.

This is likely the most important factor in a child custody case and you’ll probably hear your custody lawyer use this phrase throughout proceedings. In all custody cases, judges focus on what’s best for the children rather than what’s best for the parents. What’s best for one child might be harmful to another child, so keep this in mind when you read or hear about other custody case outcomes. In order to present your situation to the judge and make your case as effectively as possible, call The Adams Legal Group, PLLC today to speak with a child custody lawyer West Virginia families count on today!