PrevPreviousPotholes & Road Conditions Got You Down? In WV – Don’t Rage:
NextCan Automobile Accidents Cause Brain Injuries?Next

However, liability insurance may not cover all losses in a car wreck.  The policy only coverages up to the policy limits. In many states, the minimum requirements are very low.  That makes a difference. For example, in a serious collision, the medical bills could exceed $100,000 and the car’s value could be almost as high.  If the at-fault driver only has $50,000 of insurance, that extra money comes from the driver’s assets unless there’s other insurance available.

These policies pay for a driver’s own damages when they’re at fault for a wreck.  Collision insurance also pays for damages related to collisions with fixed objects, such as a curb.  Most lenders require this coverage in order to protect their collateral. Given the extremely high cost of medical bills and car repairs, collision insurance is a crucial idea for drivers who own their cars.

Uninsured and underinsured policies offer protection for an insured driver if the at fault driver’s policy limits are less than their total damages value.  UM/UIM coverage is a good investment. Some states have a very high percentage of uninsured drivers. The way that this insurance works is if the other driver who caused the wreck doesn’t have insurance or doesn’t have enough insurance to cover your medical bills and pain, then your own UIM insurance can step and protect you.

These policies provide additional money for the insured party and passengers in that vehicle.  The money is available for diagnostic tests, medical treatment, other medical bills, and funeral expenses if someone was killed in a wreck.  It doesn’t matter whether you were at fault or not at fault, your med pay will help pay. If you have questions about your insurance needs, talk to a car accident lawyer today. 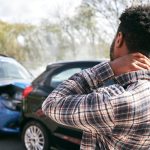 Who Has More Car Accidents – Young Drivers Or Old? 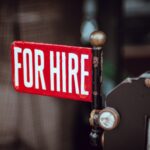 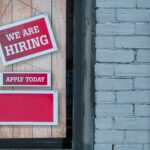