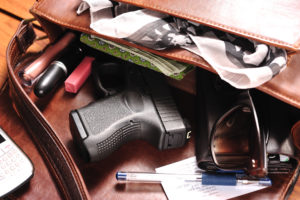 If you have been charged with a felony you need to call a West Virginia felony criminal defense attorney. West Virginia distinguishes between crimes based on their severity and classifies them into two categories, felonies and misdemeanors. The basic difference between the two is in their punishment. Misdemeanors are punishable by local jail sentences while felonies are punishable by incarceration in state prison. West Virginia does not classify felonies like most states do, as a class a or class b felony, rather the maximum sentence is determined on a case by case basis.

Over 80% of all violent crimes in West Virginia are categorized as aggravated assault. There are two classifications, malicious or unlawful. Malicious assault is when a person inflicts bodily injury including potentially killing another person and has the intent to do so. Take out the “intent to do so” and you have the lesser charge of unlawful assault. It’s one’s intent that elevates the crime to malicious status. If only minor bodily injuries are inflicted like cuts and bruises, the crime drops down to the lesser offense of battery.

Malicious assault, if committed in West Virginia, carries a penalty of two to ten years in prison. If committed against a public servant or health services personnel, three to fifteen years. The most serious incidence of malicious assault involves one against a child or near a school and the sentence is a minimum of five and a maximum of fifteen years in state prison.

If you have been arrested and charged with a serious felony, exercise your right to remain silent and call a West Virginia felony criminal defense attorney. At Adams Legal Group, PLLC, we are experienced trial lawyers who know the law inside and out and can best present the evidence of your innocence before a judge and jury. We are aggressive and knowledgeable criminal defense lawyers who are 100% on your side and can help you if you are charged with any felony.