We’ve got a wide range of legal services. 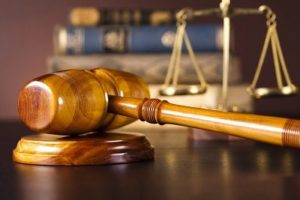 The personal injury and accident lawyers at Adams Legal Group, PLLC have the experience and knowledge in coal-mine related accidents to help you or your loved one, if you/they were seriously injured or killed as a result of known and deliberate safety violations in the coal mines, in West Virginia. We have handled coal mine accident claims relating to the following types of incidents:

and miscellaneous other types of accidents leading to serious injuries and death. Contact our experienced coal-mining injury attorneys today, for a free consultation on your case – (304) 381-2166 or complete our contact form on this page.

Coal Mine Disasters in WV

Coal mine fires, explosions and cave-ins trap, kill and injure West Virginia coal miners all the time. Recently there have been three coal mine accidents in West Virginia, including (1)the Upper Big Branch coal mine disaster, (2) the Sago coal mine disaster, and (3) the Aracoma coal mine disaster that have resulted in mass casualties and garnered major media attention. Many coal miners were killed, and while coal mining is an inherently dangerous occupation, and coal miners enter the occupation with their eyes wide open, in each of these cases the companies that own and operate the mines, or their supervisors and foremen were held liable in a court of law for failed safety practices that led directly to the miner’s deaths.

An explosion occurred in The Upper Big Branch Mine on April 5, 2010 that killed a total of 29 miners at the site. It was the largest loss of life in a coal mining accident in 40 years in West Virginia. Investigators found that the site’s owner, Massey Energy was directly responsible for the accident, citing that flagrant safety violations had occurred that contributed to the coal dust explosion. Over three hundred and fifty citations and $10 million in fines were assessed. The company was held criminally liable and settled with the US Attorney for $209 million. Principals in the company have admitted in court to conspiring to impede the safety enforcement efforts of the Mine Safety and Health Administration (MHSA). There is an ongoing investigation into additional criminal liability on the part of several officers of the company.

Four years earlier in 2006, a coal mine explosion occurred at The Sago Mine disaster in Upshur County, West Virginia. The explosion and mine collapse trapped 13 miners for almost 2 days.The disaster received worldwide news coverage and mining officials released incorrect information reporting that 12 survivors had been found alive while only one of the thirteen miners actually survived.It was determined that the workers were killed by a methane gas explosion that devastated the underground mine.The mine was purchased by to St. Louis-based Arch Coal having been operated by Wolf Run Mining Co. at the time of the accident owned by International Coal Group. Wrongful death lawsuits were brought by the family members and administrators of the victims estates and were settled confidentially.

Also in January of 2006, a conveyor belt caught fire in the Aracoma Alma Mine, and while not qualifying as a full-blown disaster on the scale of a Sago or a Big Branch, two miners were killed as a result of the negligence of the mine’s owners the Aracoma Coal Company Inc. Investigators found that two walls were missing whose purpose was to provide a fresh air passageway that the miners were supposed to use for in case the need to escape arose due to an accident. Failure to construct these walls allowed smoke to enter the escape route and prevented miners from being able to see to find their way out. Two miners, Ellery Hatfield, 47 and Don Bragg, 33, died of carbon monoxide poisoning after being separated from the other workers trying to escape and succumbing to the poisonous fumes from the fire. Their families settled a Federal Tort Claims Act Lawsuit for $1 million with the U.S. government. Four foreman for the mine plead guilty to negligence by failing to conduct escape way drills.

If you have been injured or a loved one killed in a West Virginia coal mining accident, you need to hire and experienced attorney, knowledgable in coal mine operations. From roof falls to rib rolls to injuries or death caused by failed safety practices with underground or above-ground mining equipment, we know the hazards that miners face every day and will fight to get you the maximum compensation that you deserve. We work on a contingent fee so you do not pay unless we win your case. Please call us today to discuss your coal-mining accident to see if you have a case – (304) 381-2166.

Our lawyers practicing in this area include: