Who Has More Car Accidents – Young Drivers Or Old?

Yes. Both older and younger drivers experience more car accidents than the general population . . . . However, as compared to each other, overall, young drivers are the most at risk of car accidents, according to the CDC and the National Highway Traffic Safety Administration. 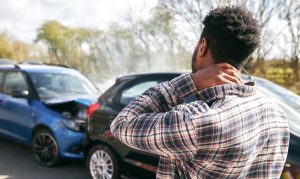 Why Do Young Drivers Have More Accidents Than The General Driving Population?

Young drivers are more likely to take risks when driving. This is because they have less life experience and can’t always understand the risks of their actions in the same way that an older driver would. For example, a young driver might not be able to fully grasp how quickly their car slows down when they hit the brakes.

Young drivers have more accidents because they’re more likely to be distracted.

The most common distraction for young drivers is their phone. Drivers 25 and under take their eyes off the road for 50% more time than drivers over 65. Younger drivers are also more likely to use a cellphone while driving. and are more likely to overestimate how long they can keep their eyes on the road.

Older Drivers Have More Accidents Than The General Driving Population

Older drivers have more accidents because they’re more likely to be fatigued.

What can be done? The Texas Transportation Institute estimated that the average daytime sleepiness level is 7.3%. This means that 18% of the population falls asleep while they’re at work or driving, but only 15% of them report it. When this information was compiled, a group of researchers from Harvard University found that nearly five million people fall asleep at the wheel of their car each year, with an estimated 400,000 of them causing a fatality.

Older drivers have more accidents because they’re more likely to have vision or hearing problems.

Vision and hearing problems are more likely to happen in older people. These problems have been linked to a higher risk of accidents. In fact, a study found that drivers over the age of 75 were 4 times more likely to be involved in a fatal car accident than drivers under the age of 75. Because of the degenerative effects of aging on the body, older people are more susceptible loss of vision and diminished hearing.

Six million people are affected by age-related vision problems. In the United States alone, 1 in 4 people over the age of 60 have some form of eye disease. The risk for these types of issues increases as we age because our eyes aren’t able to focus on objects up close. If you’re an older driver, be aware that your sight may be impaired and take extra caution while driving.

Older drivers have more accidents because they’re more likely to take medications that can cause drowsiness or impair their driving abilities and reactions.

Many drivers in the U.S. are over 65 years old, which means they may be taking multiple medications that can cause drowsiness or impair their driving abilities and reactions. Older adults are at risk for more accidents than the general driving population because of this.

The driver’s age and the medications they take can be factors that contribute to these increased risks. In the U.S., many drivers are over 65 years old, so this may affect their driving abilities with older adults more than with younger drivers.

Older drivers have more accidents because they tend to have slower reflexes than their younger counterparts in the general driving population.

Data gathered by the Insurance Institute for Highway Safety has shown a sharp increase in total accidents per mile driven and fatal accidents among driver populations over the age of 70. Other studies have also reflected that older drivers were less likely to wear a seatbelt than younger drivers, which may contribute to the fatality rate.

Why are there more teenage drivers in the USA than in other countries?

The US has more vehicles per capita, which means there are more opportunities for teenage drivers to practice.

What are the consequences of being a young driver?

The risk is even higher for drivers aged between 16 and 20.Young drivers are also more likely to crash into something other than a vehicle. The risk of a young driver crashing in to something other than a vehicle is twice as high. In three-fourths of these cases the object is another car. More than half of all fatalities from crashes in which children are involved are passenger deaths.

How can you avoid being one of these statistics as a young driver?

When you are a young driver, it can be hard to know how to be safe on the road. You’re just starting out and there’s so much to learn. It can be easy to be distracted while you’re driving and take your eyes off the road. This can be dangerous because it means you don’t have full control of your car.

If you find yourself looking at your phone, talking on the phone, or putting on makeup when you’re in the car, stop., because it also means you’re less likely to be paying attention to the road and more likely to find yourself in a crash.

If you feel the urgency or temptation to text, put your phone on Airplane mode; if you have an iPhone 5 or newer, turn off iMessage. You can also use speech-to-text recognition and speak your messages into your messaging app – ideally while both hands remain on the wheel!

If you or a loved one were injured or killed because of the negligence of another driver in West Virginia, whether old or young, you should contact an experienced Morgantown WV vehicle accident attorney to discuss your case, options and find out how we can help you get a fair settlement or award for your injuries and losses – call us today at (304) 381-2166 or send us a message using our web contact form. 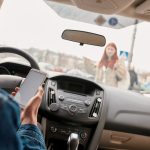 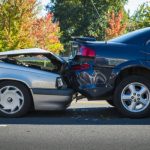 “What Should I Do After A Vehicle Accident?”

Morgantown Vehicle Accident Attorney Answers Top Things To Do Following A Car Crash Immediately following a motor vehicle accident, there are definitive things that you 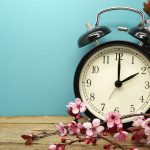